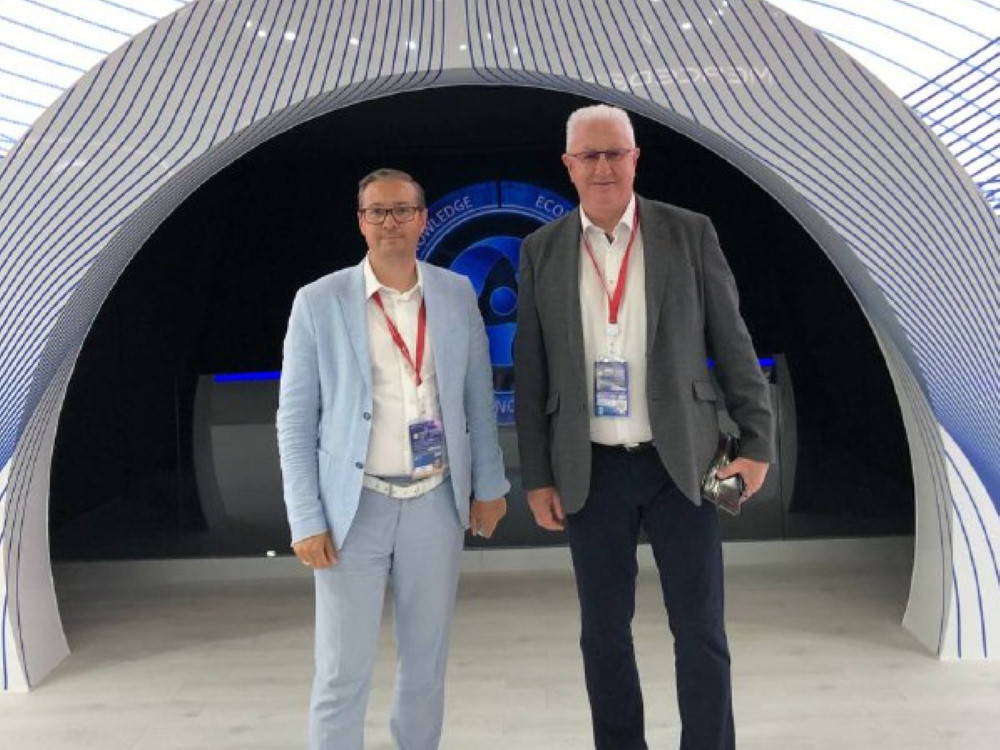 On the sidelines of the St. Petersburg International Economic Forum, the delegation of Astrakhan State University is holding meetings and negotiations with stakeholders in the field of composite materials production technologies.

ASU Vice-Rector for Digitalization, Innovation and Priority Projects Aleksey Titov met with Aleksandr Tyunin, Director-General of UMATEX (part of the Rosatom State Corporation) and presented him the university’s experience in working with composite materials in the production of amphibious equipment, and also spoke about the team’s experience in the design of technological equipment for the production of composite fitting.

On May 27, a discussion, including on the promising technologies in the field of A-navigation, was held within the framework of roundtable “Marine engineering, shipbuilding and technologies for the development of the World Ocean resources” which was an important part of the program of international scientific forum “Caspian Region 2021: Sustainable Development Trajectories”.

According to media reports, Governor of Astrakhan Region Igor Babushkin and Director-General of the United Shipbuilding Corporation Aleksey Rakhmanov discussed the implementation of a large high-tech investment project in the region at SPIEF.