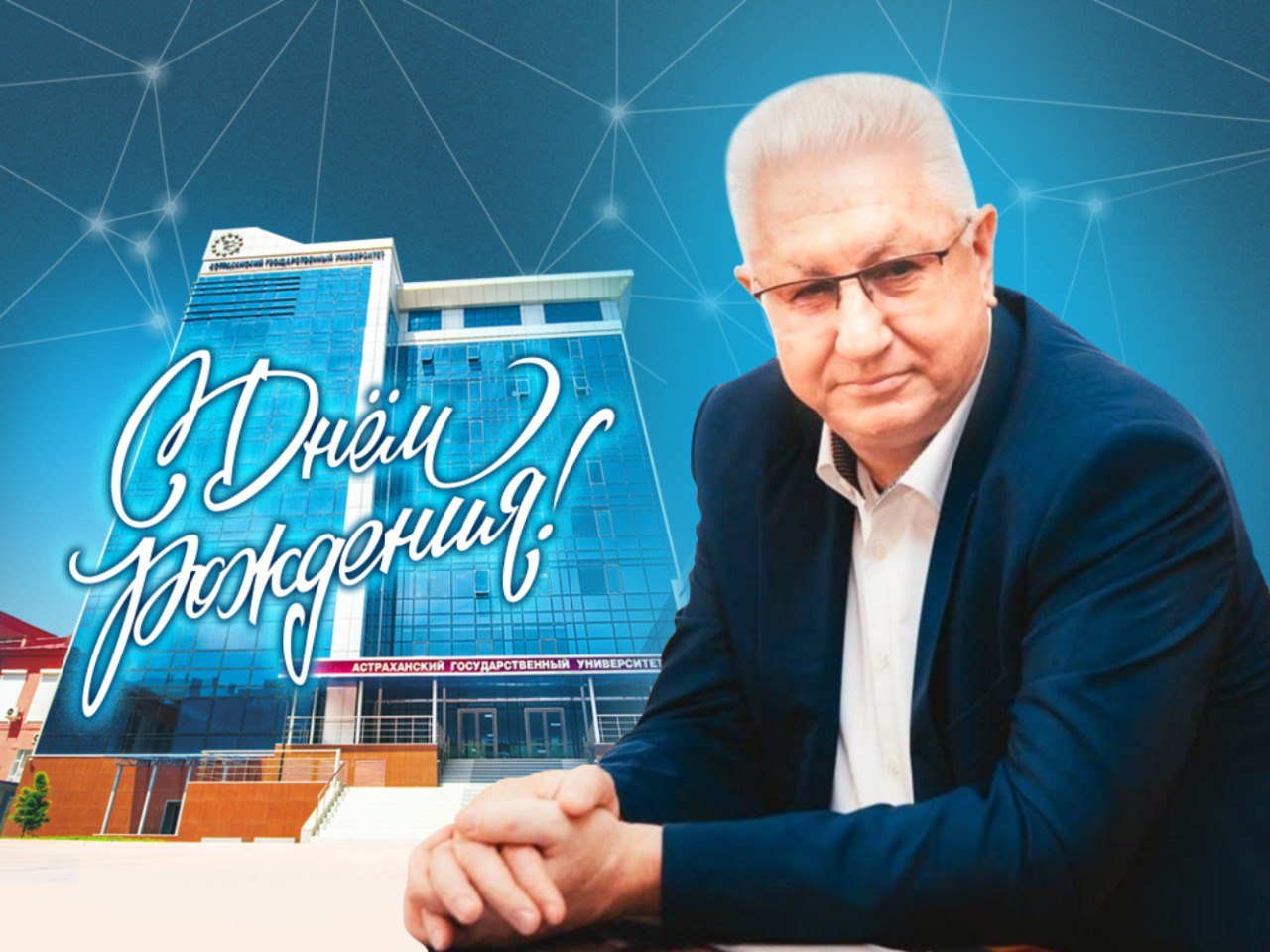 Today, the rector of Astrakhan Tatishchev State University turns 60 years old. The university staff sincerely congratulates its leader and wishes him good health and many more years of productive work for the benefit of ASU.

For more than three years in the position of rector of the largest Astrakhan university, Konstantin Markelov has managed to make Astrakhan State University the undisputed leader in the educational space of the Caspian region, to strengthen its status in Russia and globally. Of course, this is the common merit of the team, but the role of the charismatic personality of the rector in this process remains decisive.

Under the leadership of Konstantin Markelov, ASU passed the state accreditation and entered the Priority 2030 strategic leadership programme, thus becoming one of the hundred most promising universities of Russia. The university is invariably popular among applicants from both Astrakhan Region and neighboring regions and states.

Building partnerships with universities and scientific organizations of the Greater Caspian region has shown its effectiveness in recent months. Despite the difficult foreign policy situation, Astrakhan Tatishchev State University concludes new agreements every month and plans its activities in a broad international context based on effective interaction with friendly countries.

At the same time, Konstantin Markelov is well aware that the greatest success can only be achieved through cooperation, and therefore ASU is constantly at the center of interuniversity integration processes. For example, he initiated the establishment of the Consortium of Universities and Scientific Organizations of Astrakhan Region and the Transport & Logistics Consortium of Caspian Higher Educational Institutions. The rector of Astrakhan State University heads the Commission on Science, Research and Technology within the Association of State Universities and Research Centers of the Caspian Region Countries.

The unconditional success of the forum «Caspian Region 2022: Sustainable Development Trajectories” was proof of the efficiency of the course taken by ASU. More than 100 events took place at the venues of this large-scale event, held in May 2022, which involved almost 200 high-profile speakers of the interregional and federal level.

The recognition of Konstantin Markelov in the educational space of the country, his openness to the public and his fixation on dialogue are confirmed with high positions in the media ratings of Russian rectors. Last month, for example, the head of ASU entered the top-10 according to Scientific and Educational Policy the expert analytics center.

And, of course, the most active civic and personal life position of Konstantin Markelov cannot but admire. In his work schedule, along with many administrative and representative duties, teaching and social work, there is a place for sports and cultural events, communication with young people.

Perhaps this is the secret of his unflagging cheerfulness and openness to new initiatives.

On the day of the glorious anniversary, we hope the rector of Astrakhan Tatishchev State University will remain an example of high professionalism, dedication, devotion to his university, region and country.

Previous Record
First Fruits: ASU Initiatives Enter Top-1000 Strong Ideas for the New Times
Next Record
Konstantin Markelov Is Awarded the Title of Honorary Worker in the Field of Education of Russia