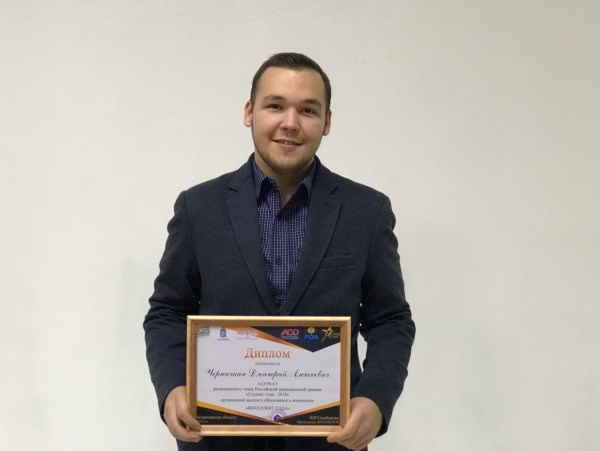 Dmitry Chernichkin is a 2nd year MA student of the Faculty of Social Communications of Astrakhan State University. Besides, he is a junior researcher of the Laboratory for Research of Social, Political and Cultural Dynamics of Lower Volga & Caspian Sea Region. On New Year’s Eve, he received a present he really deserves — the RF Presidential scholarship.

As Dmitry says, he is the youngest researcher of Astrakhan State University. He is really keen on science and focuses his studies on important and urgent issues of cultural safety, identity and other sociological problems. The main topic of his research activities is the Caspian Sea region.

These were Dmitry’s colleagues who advised him to apply for the Presidential scholarship, and eventually he became one of 700 Russian students who won it. By the way, the student has already had important achievements by now. Last year, he was among the awardees of the regional stage of “Student of the Year”, where he won in the nomination “Intellect of the Year”, having competed with other young researchers.

Dmitry is also involved into implementation of the Russian Science Foundation grant, has published several papers and participated as a speaker at Russian and international conferences.

The student still has half a year of his MA studies. So, now his immediate tasks are to finish writing his thesis and enter a PhD programme. Dmitry plans to continue his research activities, and Astrakhan State University is the very place where he finds all the opportunities and prospects for further growth.