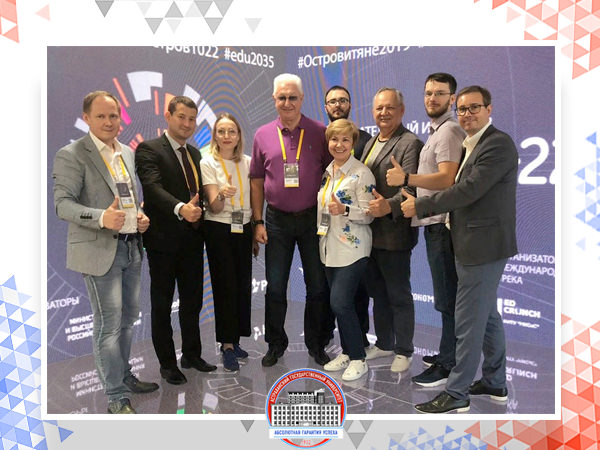 On July 10-22, the ASU team worked and studied at the second educational workshop “Island 10-22”, which took place at the Skolkovo Institute of Science and Technology. The delegation members studied at different faculties-tracks, attended visionary lectures, met their colleagues from other universities and signed agreements.

On August 5, the delegation, headed by ASU Acting Rector Konstantin Markelov, summed up the workshop results at Astrakhan State University in order to introduce the groundwork and ideas for the university modernization. The meeting involved the vice-rectors, deans, employees and heads of the ASU structural subdivisions.

“I’d like to start with the most important and key tasks, formed by the Island organizers: fine-tuning, creation and expert examination of programmes for university development in view of the modern requirements for the RF higher school with regard to digitalization, transformation of new learning approaches and creation of a model of the university of the future which must meet new standards,” said Konstantin Markelov.

The Rector also noted that each modern university must reformat its administration, move to networking partnership and create a common educational digital space. He stressed that the university must interact with businesses and public authorities in order to develop and to ensure further employment of its graduates. 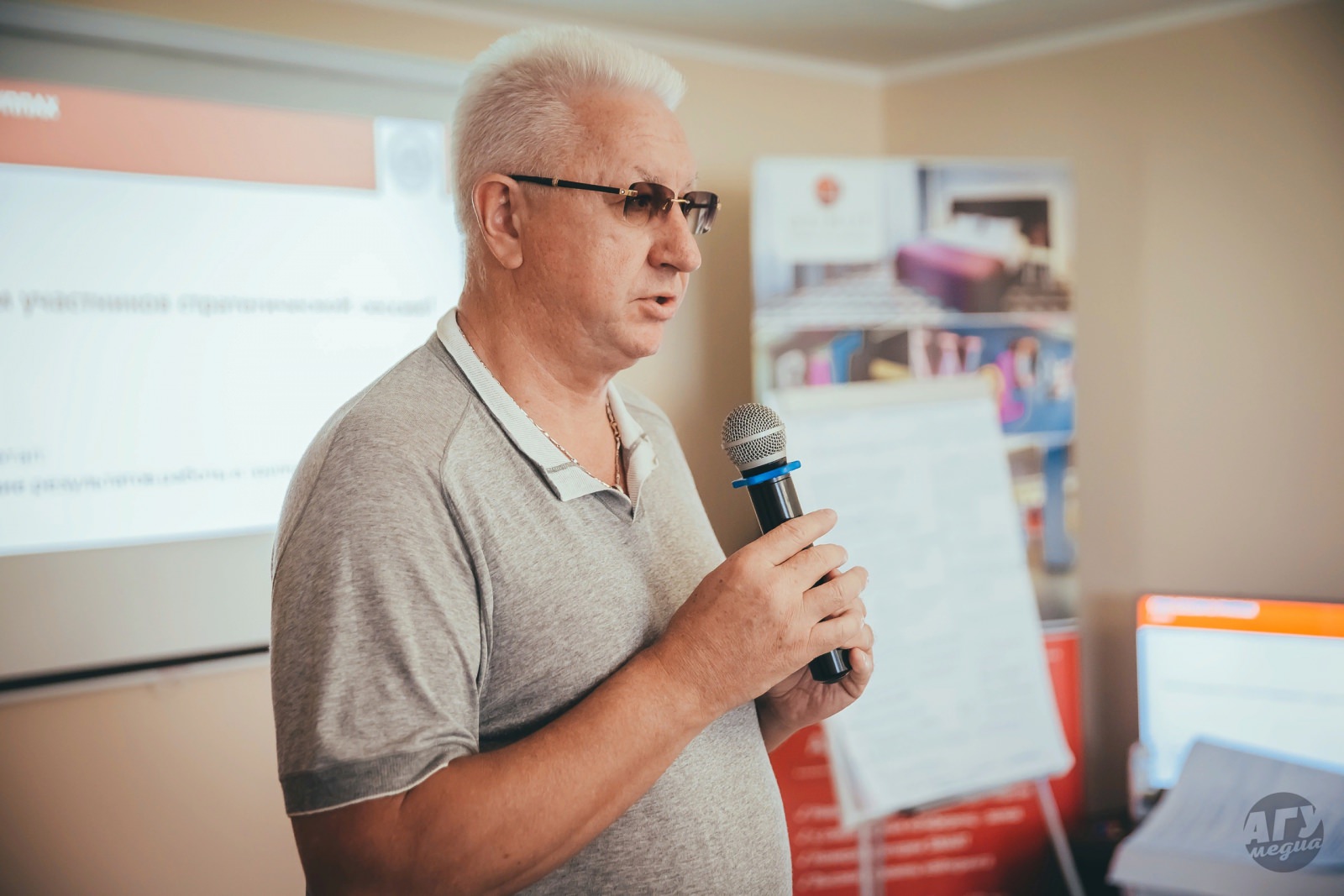 Then the members of the Astrakhan State University delegation presented their projects, developed on the Island, shared their ideas and plans on the development and introduction of new ideas at our university.

Elina Polyanskaya, the First Vice-Rector and Vice-Rector for Strategic Development, told the audience about the functional of scientific & research centres and the top-priority tasks for the development of the Caspian Research & Educational Centre.

Then Aleksandr Koshkarov, the Head of the Department of Big Data & Digital Technologies and a teacher of the Faculty of Physics & Mathematics, spoke about introduction of artificial intelligence into the educational process, the results of some of the agreements, signed between ASU and other universities, and his studies at the track “Centre of Competencies”. 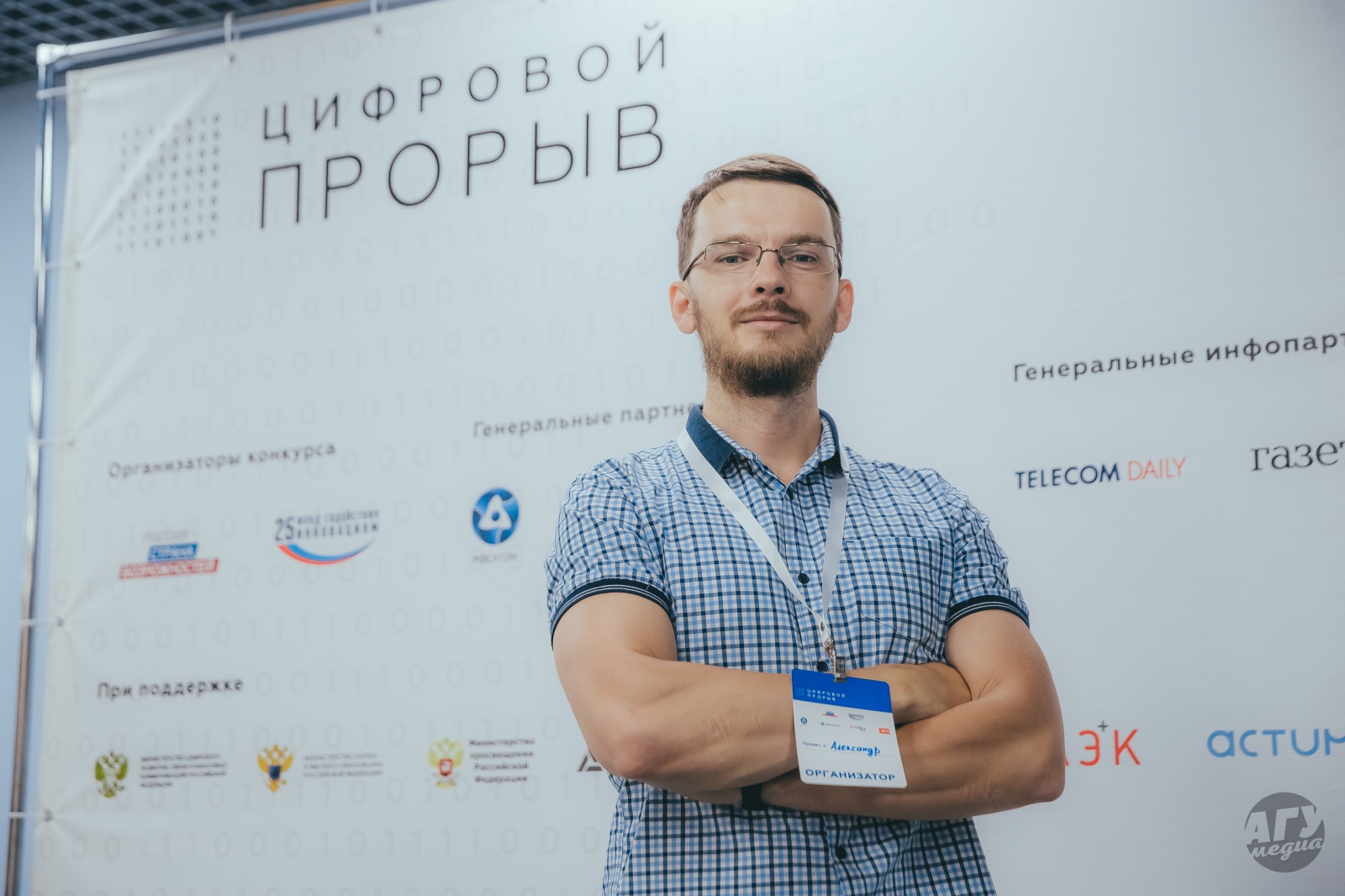 In his speech, Aleksey Titov, the Head of the Engineering Project Office, told the audience about HR training for addressing large scientific and technological tasks on development of science and technologies related to the Caspian issues for the benefit of Russia and about the results of the tracks “Cross-Cutting Technologies” and “Faculty of Technological Entrepreneurship and Technology Transfer”. 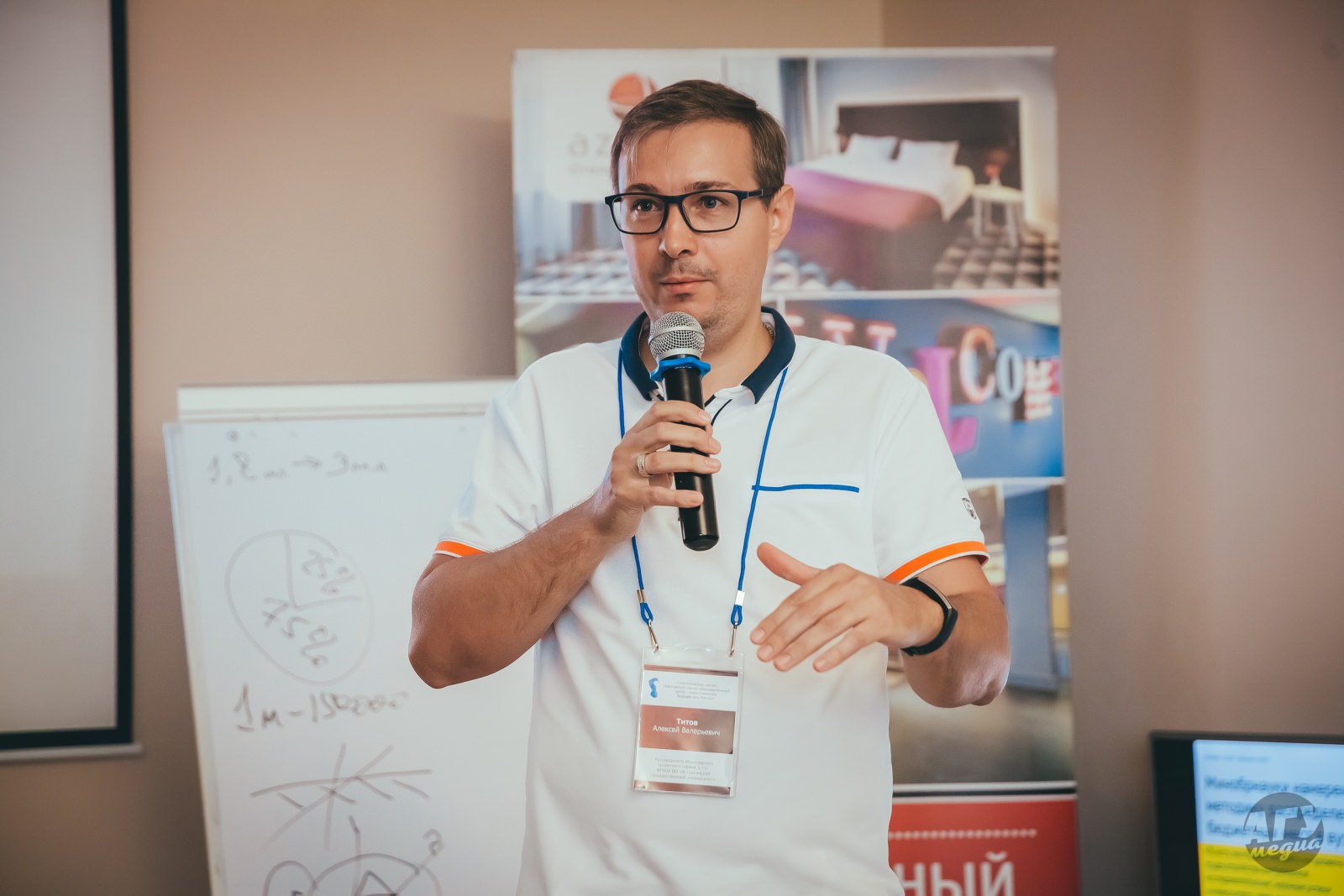 In his presentation, Vice-Rector for Academic Activities Aleksandr Treshchev focused on the importance of on-the-spot HR training, transformation and digitalization of additional education programmes. The Vice-Rector put forward an idea of forming “the-third-age university” where elderly people could study at the faculties that are of interest for them.

Sergey Buzychkin, the Head of the Project Office for Digitalization & Information Policy, touched upon the issues of training HR for digital economy and transition of Russian HEIs to the digital university. 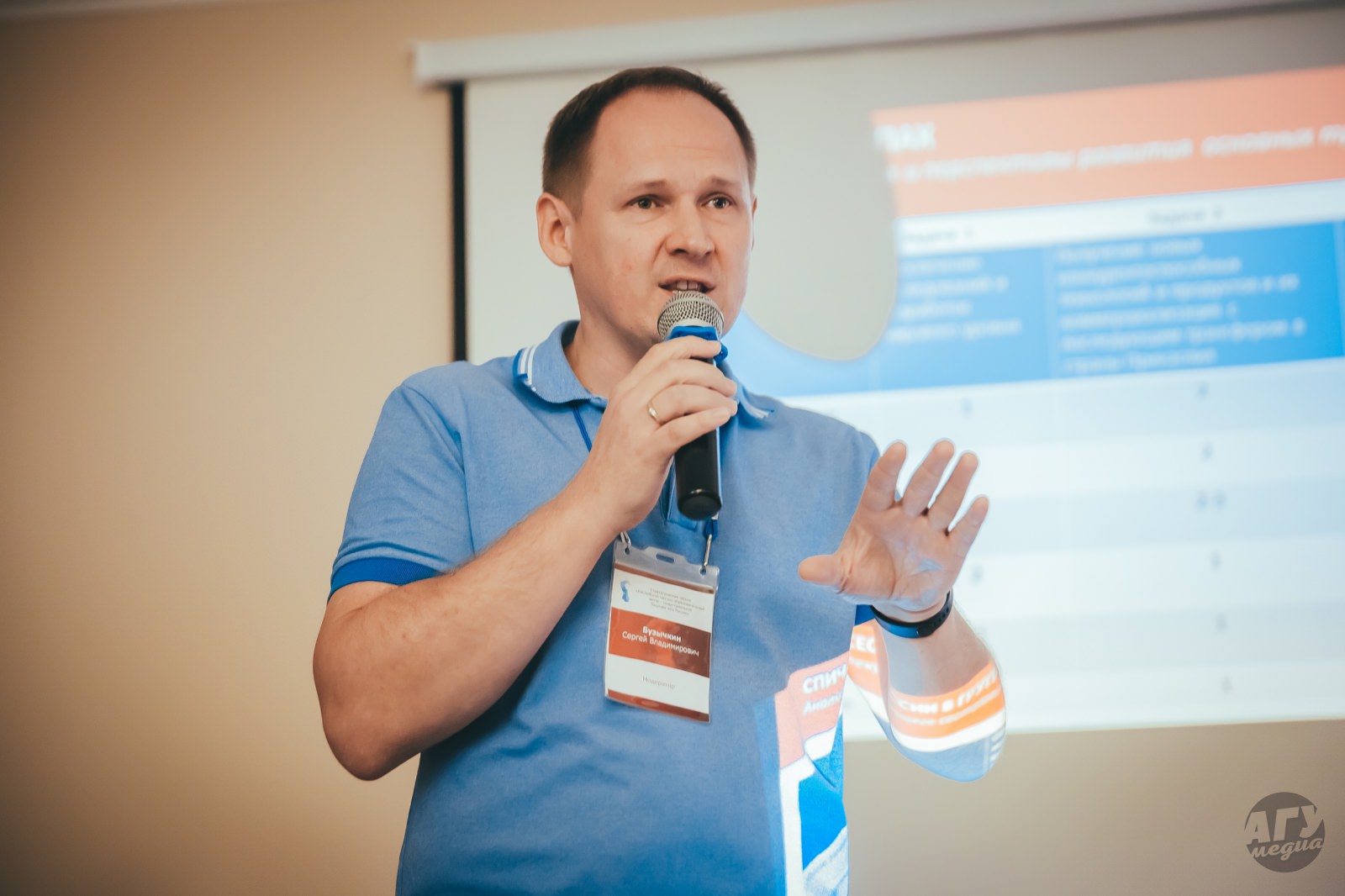 Pavel Gnidin, the Chairperson of the United Council of Students, presented the principles of the university of the future and “Atlas of Professions” and also spoke about new partners of ASU in the sphere of student life.

Summing up the meeting, Konstantin Markelov instructed to implement the projects and developments, presented by the Island participants, in the coming months. They will be implemented by project groups, consisted of ASU administration and employees.