Advisor to Director-General of Channel One Russia Congratulates ASU Graduates 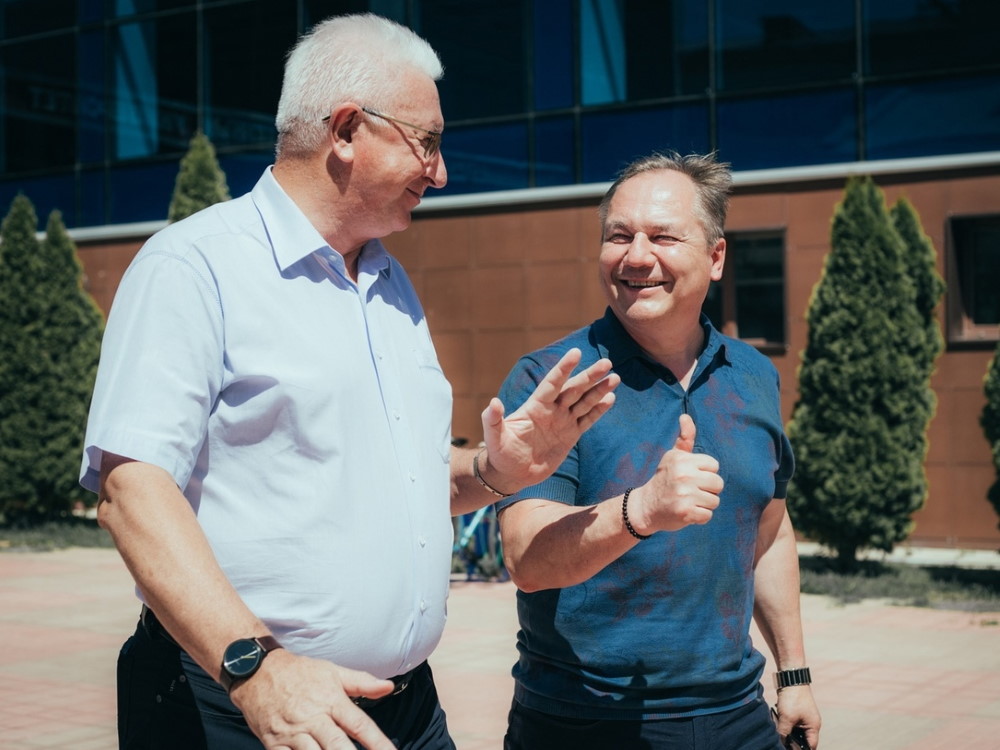 The employee of Channel One Russia and the ASU administration outlined the ways of further cooperation development. Konstantin Markelov spoke about the development strategy of the university, interaction with other universities and with other countries, and about serious career prospects for the students. In addition, the Moscow guest learned about the projects of Astrakhan State University that are being implemented and are being prepared for implementation.

Aleksandr Ilyin also addressed the ASU graduates of 2021. The advisor to the CEO of Channel One Russia recorded a video greeting for the young people.

It was agreed that Aleksander Ilyin would pay another visit to Astrakhan State University.