The main events of the 2015 Admission Campaign at Astrakhan State University are presented in the following commentaries by three officials of ASU – Dr. Lyudmila Tovarnichenko (Executive Secretary of our Admission Commission), Prof. Lyudmila Yakovleva (Chief of our Unit of Master Courses), and Dr. Tatyana Dakhina (Chief of our Unit of PhD Courses). 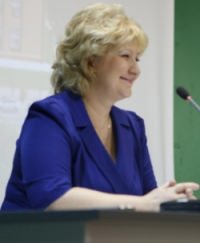 Dr. Tovarnichenko also regrets to say that some unpleasant incidents have occurred during the 2015 campaign, just as last years. Some applicants ignored consultations by the University staff and information specified in the Admission Rules: they brought the originals of their documents of education later than the official deadline, so they could not be enrolled despite their high scores. There were also applicants who gave invalid telephone numbers in their applications, and staff of the Admission Commission had to seek their contacts in social networks, call up their relatives and friends to inform them of something urgent. Submission of documents to more than five universities by an applicant is a serious violation of national university admission rules; thus, if the Federal Information System revealed that, the violator was not eligible for enrolment to our University.

There was also enrolment to studies on distance education terms in late August. According to Dr. Tovarnichenko, over 2, 000 people have applied to cover a distance education program at ASU; so our University has filled up all the available budget-funded positions quickly, having enrolled students with quite high scores. 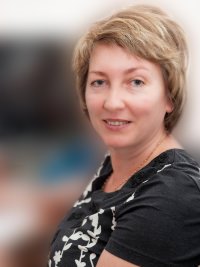 As for our master programs, there has been a definitely huge demand this year. According to Prof. Yakovleva, “the entrance competition rate has made up five people per budget-funded position at some of our master specializations. That’s due to the fact that corporate qualification regulations have become tougher, especially towards specialists occupying top-management positions. Such members of staff must have obtained not only education in the corresponding fields; they must also obtain education in corporate and HR management”.

In comparison with 2014, as Prof. Yakovleva says, the number of budget-funded positions at master courses of our University has increased almost 1.5 times, from 400 to 550. Positive dynamics can also be seen in enrolment of students on self-paid terms: their number has increased three times – 116 students this year vs. 40 students last year.

As for enrolment of foreign citizens to our master programs, their nationality range has become wider, too: citizens of Kazakhstan, Turkmenistan, Tajikistan, Indonesia, Japan, Palestine, and a number of other countries have been enrolled to Astrakhan State University.

This year, ASU is delivering 61 master specializations in comparison to 47 ones just a year ago. As Prof. Yakovleva points out, our newly-launched master programs (Management in Healthcare, Business Security Audit, Industrial Logistics, Functional Nutrition, Industrial Electronics and Microprocessor Hardware) have become quite popular among applicants at once. 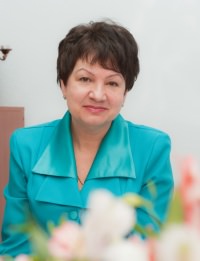 As for our PhD programs, as Dr. Dakhina says, 54 applicants have been enrolled this year, including 17 people on budget-funded terms. “The range of our most popular PhD specializations includes Historical Sciences & Archaeology, Education & Pedagogical Sciences, Economics, Psychological Sciences, Sociological Sciences, and Law Science. Our newly-enrolled PhD students are graduates of universities of Astrakhan, Moscow, Saratov, Saint Petersburg, Volgograd; they are work either with our University, or with law enforcement authorities, municipalities, etc. Besides, citizens of Italy, Chad, and Egypt will cover a PhD program at ASU, too”, this is what Dr. Dakhina has told us.

The three officials of our University would like to inform our future students that 2016 Rules of Admission to Astrakhan State University shall be published on the web portal of ASU after November 01, 2015, as well as other documents that are essential for them. To avoid mistakes made by applicants this year, it is necessary to monitor all the changes and read any newly-published information attentively and carefully.