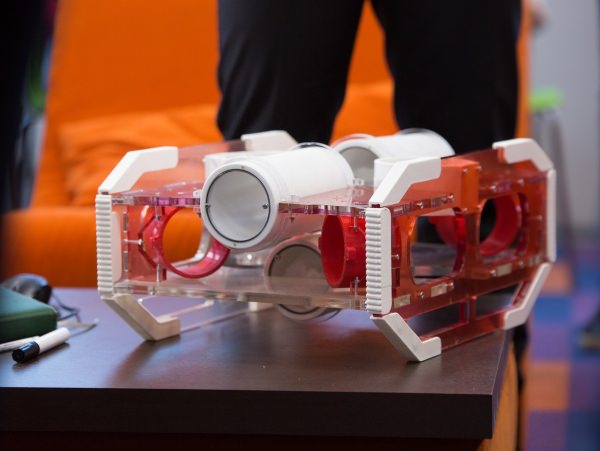 Nikolay Svischev from the Department of Physics & Technology of Astrakhan State University has developed a unique model of an underwater device. His innovation may help many organizations whose activities include underwater works.

The idea of this invention came to Nikolay in 2015, when he took part in a program offered by Worcester Polytechnic Institute (WPI). Thanks to this program, American and Russian specialists worked in Astrakhan together. To meet an order placed by a major shipbuilding company, the group that included Nikolay assessed the project to analyze underwater pipelines in the Caspian Sea. As Nikolay says, he realized then that there is a high demand for innovations in this field, so a new underwater surveying robot will definitely be demanded. The student developed the entire theoretical part and presented ready-made drawings, findings of a marketing research, and a business plan when he defended his project in Moscow.

Over three years, the development passed thru the stage of an initial idea up to a ready-made device. Nikolay assembled the robot himself under supervision of Dr. Alexey Rybakov, Director of the Institute of Researches & Solutions to Technological Tasks of ASU. “This theme was interesting for me”, Nikolay told us, “By the way, I’ve been fond of water polo since 12; practically all my life relates to water. So I found specialists that got interested in it, too”. The Aquaspecservice Company joined the projects at the initial development stage; this company carries out underwater works; it acted as a potential investor. Management of the company provided Nikolay with a good opportunity of pre-diploma practice, as well as with a base to test his invention. “They are really interested in this innovation”, Nikolay says, “Some spheres of their activities relate to construction and maintenance of oil rigs in the Caspian Sea, so it is necessary for them to diagnose the underwater parts, which a robot is able to execute instead of a diver”. 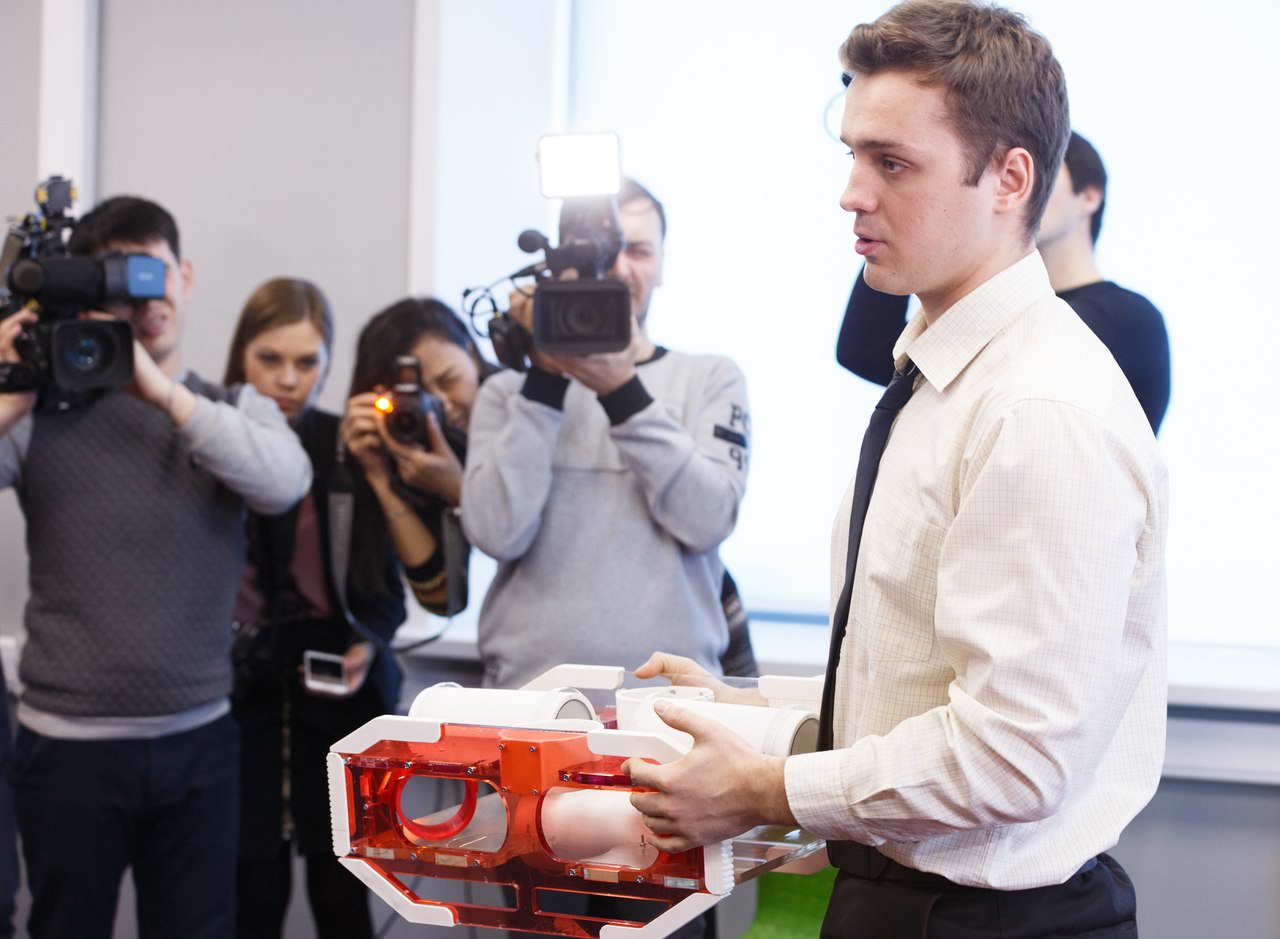 The remote control underwater device manufactured by Nikolay has an option of autonomous changeover. It also has six engines that provide its universal movements. As for its software, an artificial neural network is applied to regulate its movements; the network imitates nerve cells of a living organism. “It is possible to connect sensors of different spectra”, Nikolay says, “Under conditions of a zero visibility, special echo depth sounders and side view sensors are used; they operate an ultrasound like a bat”. Another innovation was application of elements that shipbuilding sports apply. Thanks to that, the cost of the robot is much lower than that of existing analogues.

The first time that the researcher presented his invention was when Ms. Olga Golodets, Deputy Chairperson of the Government of the Russian Federation, visited Astrakhan State University. “I promised both Ms. Golodets and Governor Zhilkin that my invention would start working by summer, and I kept my promise”, he said.

The developer has already tested the robot in rivers of Astrakhan Region. Besides, it took part in underwater competitions organized by the Lukoil Company. Mr. Boris Rozman, who invented the first Russian underwater robot, was present at that event. He noticed the young inventor and highly appreciated his development. “We had a very interesting discussion”, Nikolay remembers, “Mr. Rozman not only praised my robot; he also shared valuable advice with me”.

On July 15, Nikolay will sail to the Caspian Sea with his robot. Together with specialists of the Aquaspecservice Company, he will run its field trials.