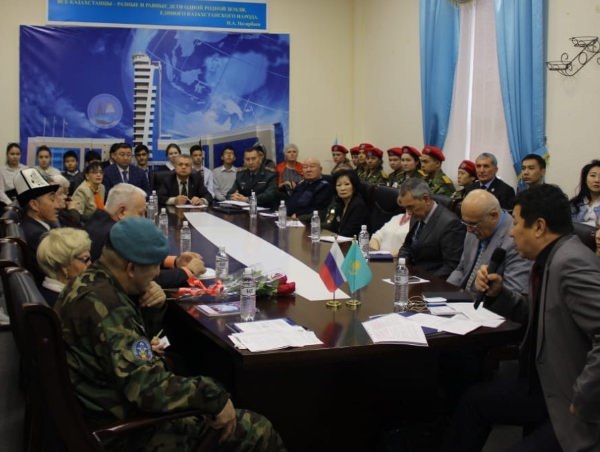 The international round-table discussion "Lest We Forget...: Experience and Prospects of Cooperation between Search Movements of Russia and Kazakhstan" was held in Aktau and attended, among others, by representatives of Astrakhan State University.

The event was held at the Caspian State University of Technology and Engineering named after Sh. Yessenov, Aktau, and organized by the Center of International & Public Political Research "Caspian Sea Region — Eurasia", Astrakhan Regional Branch of the Search Movement of Russia and the Association of State Universities of Caspian Region Countries.

According to the meeting participants, their search area is extending every year.

The Search Squad of Astrakhan State University joined the discussion by teleconference and told their Aktau colleagues about the ASU experience in preparing newcomers for expeditions.

At the end of the meeting, the participants arrived at a conclusion that one of the efficient forms of cooperation between our countries can be participation in the International Forum of Search Squads. In particular, it may be a good idea to hold such events in large cities of national significance, involving colleagues from Russia, Kazakhstan and other regions, thus extending the area of cooperation and the number of like-minded peers.