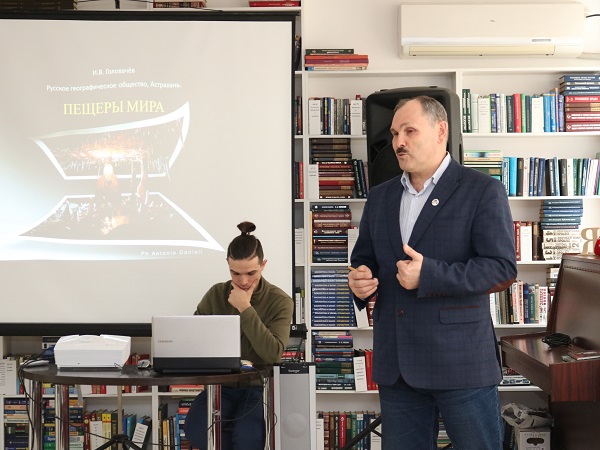 A local-lore meeting called “Straight Talk” took place on February, 25 at the Astrakhan Youth Library named after B. Shakhovsky, featuring Iliya Golovachev, Associate Professor of the ASU Department of Wellsite Geology, Hydrogeology & Geochemistry of Combustible Fossils and Scientific Secretary of the Astrakhan Office of the Russian Geographical Society.

The ASU teacher has been studying different caves for many years — he has seen firsthand and explored a lot of amazing phenomena of the «world beneath the feet». At the meeting, Iliya Golovachev told 7th-year students of the Astrakhan linguistic school about a challenging but fascinating profession of speleologist. He noted that this sphere offers great prospects for a young researcher. Underground areas of our planet, along with the ocean, still have blanks in many issues, and new discoveries are made every year.

The scientist pays the most attention to the caves of his native region. He’s the author of dozens of scientific papers on studies and protection of our amazing natural values. The ASU expert told the children about his expeditions around the northern part of the Caspian Sea, about modern geographical discoveries in the region and answered plenty of questions.

The series of local-lore meetings “Straight Talk” is under way, and there are a lot of interesting meetings in the Shakhovsky Library ahead. 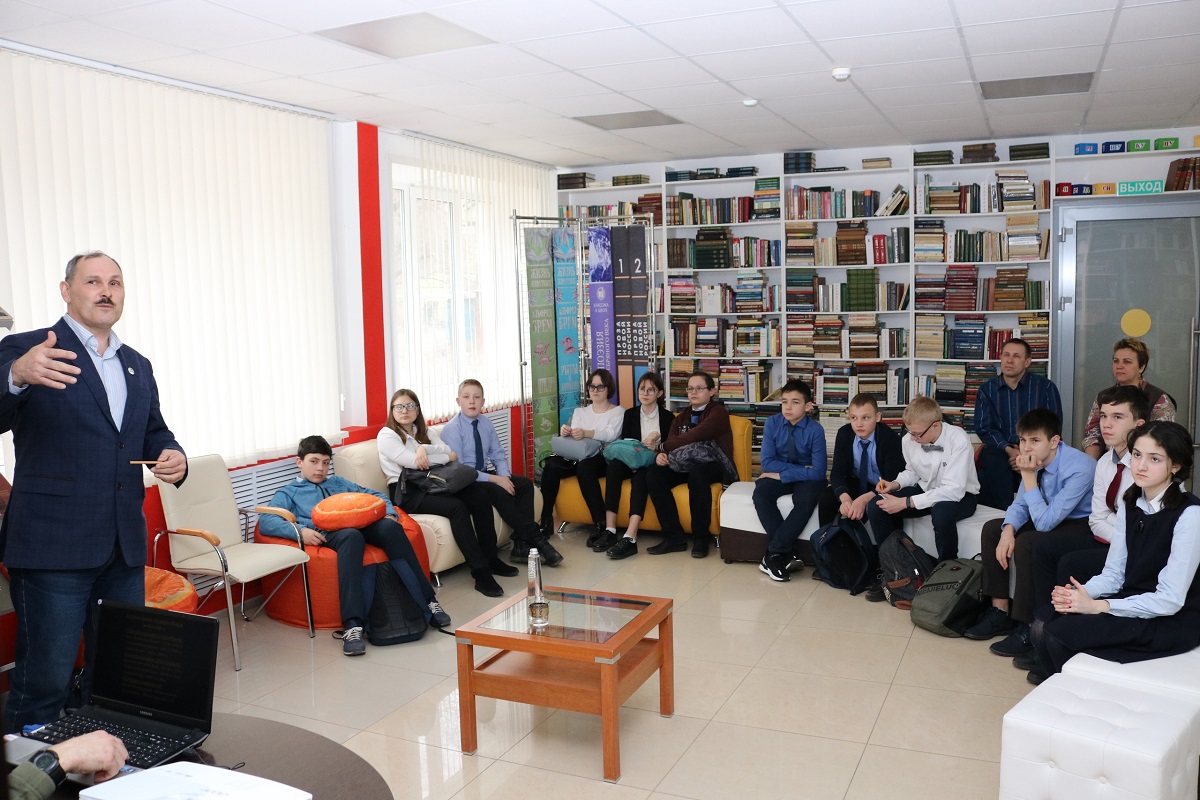 Source: website of the Astrakhan Youth Library named after B. Shakhovsky